Skip to content
LOG IN
The WP Stagecoach plugin is now under the Gnu Public License (GPL). 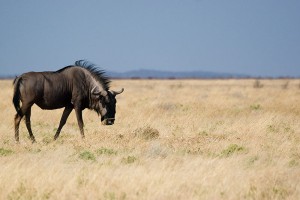 This has required enough soul-searching that I think it’s worth sharing my thoughts about releasing WP Stagecoach under the GPL.
I love open source software.  Throughout my entire 20-year career as a systems administrator and developer, I have relied on and contributed to many open source projects.  I believe in open source.  I believe in giving users freedom to use software as they see fit.  I believe in sharing code so that we can all benefit from it and improve it.
However, I also believe that the GPL is not appropriate for every situation.
In some ways, the GPL is a luxury.  If you can GPL your software, it is because you are either totally confident that your software will be successful despite the fact that other people can copy your code, or you aren’t worried about making money off your software.
I need WP Stagecoach to be a successful business. I have spent the last 18 months bootstrapping WP Stagecoach (to the detriment of my health as well as my bank account). When I was involved with the NetBSD community, I heard stories about small businesses that tanked because other (usually much larger) businesses took their GPL software and distributed it for less or for free.  I am concerned about making money from my software, so I couldn’t release WP Stagecoach under the GPL until I was totally confident that it would be successful.
I am now confident that WP Stagecoach will be successful.  When I released the beta version, I wasn’t confident yet.  I knew that I had built a great product, but I was worried about whether people would use it, whether it would gain traction in the WordPress community, whether people would be willing to pay for it, and whether I could make a living with it.  The first few weeks of beta testing were rocky – there was one week in particular when several users had big, strange problems.  However, since then I have fixed bugs in the plugin, found workarounds to help users with strange problems, and built in more sanity checks and fail-safes. The plugin is working really well.  We have gotten far more beta users than I dreamed we would, and they have been happy with how WP Stagecoach works.
I didn’t want to release WP Stagecoach plugin under the GPL until I was confident that it will succeed.  Beta has been successful enough that I am confident in WP Stagecoach’s viability, and the plugin is ready to be GPL-compatible.
I am very grateful that I have the luxury of releasing WP Stagecoach under the GPL.